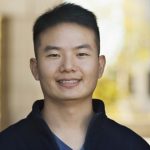 Paul’s study explores how requiring different types of reasoning (abduction, deduction, or induction) during creative problem-solving and brainstorming affects creative performance and brain activity. It has long been assumed that abductive reasoning best serves creative purposes (Dunne & Martin, 2006; Martin, 2009). Yet, there has been no reported study that manipulated reasoning type during idea-generation tasks.

Paul became interested in creative problem-solving while working in marketing and noted that bosses often used different reasoning modes for creative problem solving, which would then influence how others generated ideas. Paul came to UW-Madison to pursue his insights on creative reasoning. In graduate school in Madison, he learned that creativity is heavily driven by reasoning (Csikszentmihalyi, 1997) and specific types of reasoning such as abduction, deduction, and induction (Habermas, 1978; Johnson-Laird, 2015). Reasoning has since become a major theme in his creativity research as he pursues his dissertation.