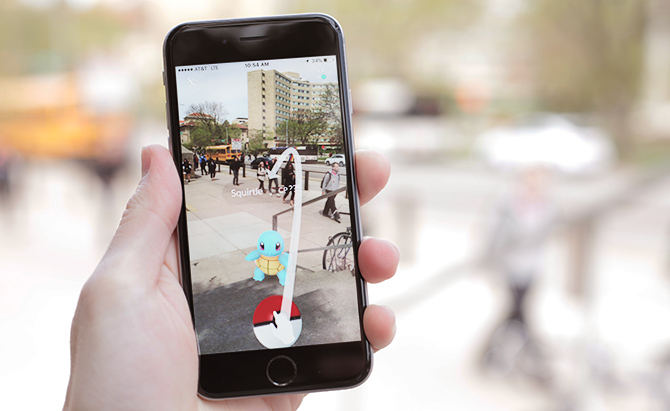 It was July 2016. The days were sunny and warm, and some people were out and about playing Pokémon Go. A lot of them, in fact.

For graduate students James Alex Bonus, Alanna Peebles, and Irene Sarmiento, this provided a perfect research opportunity. Pokémon Go, the mobile game in which players traverse their real-world surroundings in order to capture virtual Pokémon, was wildly popular. Three weeks after launch, the three researchers conducted an online survey to study the effects the game had on its users.

“We were really struck by the amount of negative coverage of the game when it was released,” Bonus said. “News stories were heavily focused on people engrossed with their phones rather than the world around them, walking into trees and traffic, and trespassing. We really wanted to try to highlight an alternative view—that these types of games might actually relate to positive psychological and emotional benefits.”

The study, recently published in the journal Media Psychology, confirmed the suspicions of Bonus, Peebles, and Sarmiento—playing the game was linked to a number of positive experiences. Namely, Pokémon Go players were likely to feel happier, deepen friendships, and walk more.

“The fact that the results came out so clearly surprised me, personally. It was empowering to find that what we were seeing anecdotally was supported by actual evidence,” Bonus said.

Beyond its findings on overall well-being, the study returned informative data relating to social anxiety and nostalgia. Players with higher levels of social anxiety were playing the game at the same rate as non-socially anxious players, a fact somewhat surprising to Bonus et al due to the public nature of Pokémon Go’s gameplay. And given the fact the original Pokémon games were released twenty years prior to Pokémon Go, the game’s nostalgic impact also interested the team. They found that players were more likely to engage with the positive side of nostalgia (thinking positively with the past) than the negative.

Bonus suspects the high degree of nostalgia is unique to Pokémon Go. “I don’t imagine that would happen with other augmented reality games that lack such clear connections to childhood. The more general features of these games that encourage people to walk around and interact with others—I think these features transcend this particular title,” Bonus said.

“I can’t say for certain how augmented reality games might develop, but I do hope that research plays a role in shaping [them] so that they can have maximum, beneficial impact for users.”