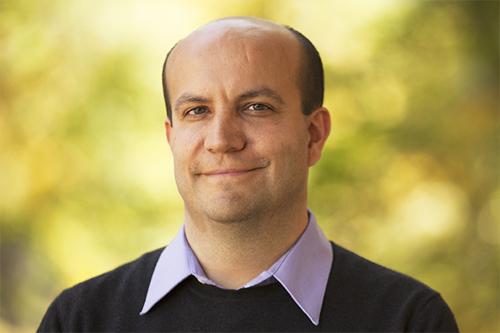 My work examines how media entertainment and its audiences interact, and examines how and where value and meaning are created. More specifically, my research projects fall into one or more of the following areas: (1) textual theory, criticism, and analysis, (2) contemporary television studies, (3) new media extensions of and convergence with television and film, (4) satire, comedy, parody, and political entertainment, (5) international media consumption, and (6) qualitative audience studies, fandom, dislike, and anti-fandom.

My first book, Watching with The Simpsons: Television, Parody, and Intertextuality, used The Simpsons to examine how audiences consume with a whole barrage of other images and structures learned from other items of media. This interest in how meaning and impact are constructed outside of the film or show itself extended to Show Sold Separately: Promos, Spoilers, and Other Media Paratexts, about the vast universe of paratextual or “peripheral” items that surround all films and shows – such as trailers, bonus materials, licensed games, fan creations, reviews, and so forth. Having established how much audience reaction occurs outside and around an item of media itself, I then grew interested in a particular type of audience member – engaged dislikers – and in the legitimacy and frequent importance of their responses to media, even when they may have only consumed a little. While audience studies have told us much about fans, we still know comparatively little about annoyed, resentful, coerced, and belabored consumption, and my most recent (forthcoming) solo-authored book, Dislike-Minded: Media, Audiences, and the Dynamics of Taste, draws from over 200 qualitative interviews to say more about what it means to really dislike something.

Throughout my career to date, I’ve shown particular interest in what television is as a cultural entity, and in how we study it. Television Entertainment introduces the study of television through various thematic lenses, and grew out of my continuing interest in how television is changing as a textual, industrial, and experiential entity. Television Studies (and its second edition), written with Amanda D. Lotz, is about television and television studies as a field of study. My forthcoming book Television Goes to the Movies, written with Derek Johnson, considers zones of contact and interaction between television and film, and how those zones are surrounded discursively by boundary maintenance intent on ensuring each medium stays in its own allotted cultural space. Moving forward, meanwhile, I want to make better sense of the streaming television era, and especially of how television texts and audiences are changing (or not) in this era.

I have also co-edited seven collections: Fandom: Identities and Communities in a Mediated World (and its second edition), about fandom; Battleground: The Media, a two-volume encyclopedia of hot-button issues in the study of media; Satire TV: Politics and Comedy in the Post-Network Era and Breaking Boundaries in Political Entertainment Studies, both about satirical programming on television; A Companion to Media Authorship, which aims to trouble established notions of what the author is; and Keywords for Media Studies, a collection of 65 short essays defining some of the field’s most important terms. I have no books on global media studies, but as a transnational being myself – having grown up in five countries – I’ve always been fascinated by, advised projects on, and have taught global media too.