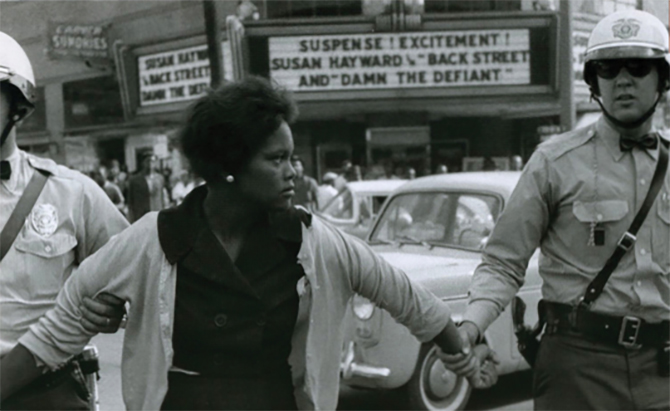 We the 350: Stories of Poverty, Racism, and Incarceration in Wisconsin

What inspired you to create this performance?

Community need was the primary inspiration for this performance. 75 percent of Black children in Dane County are living at or below the poverty line and the Madison Police Department arrests Black people at a rate of 11 to 1 compared to whites. Furthermore, Black people are approximately 5 percent of the general population, while 50 percent of the population in the Dane County Jail is Black. The structures of poverty and racism that Black Madison experience are strongly connected. We the 350 uses narrative and story to show non-Black audiences what this situation looks like and feels like if you are Black.

On any given day there are approximately 800 people housed in Dane County Jail, 400 of which are Black. If no racial disparities existed, there would be 350 fewer Black people in the jail on any given day. Because of the way structures of racism and poverty work, we know that Black people in the city and county are more likely to commit crimes of poverty. Crimes of poverty include behaviors such as sleeping on a park bench, loitering, relieving oneself in public, or petty theft. Also, a significant portion of the jail population remains incarcerated because they cannot pay bail of $1000 or less. In a community with an 11 to 1 arrest rate disparity, Blacks are more likely to have greater police contact and interaction than others as they move throughout their daily lives—making the possibility that they will be incarcerated that much greater! As policy makers work to address known problems with racial disparities in the city and county, we use this performance to draw attention to the racial disparities in the jail. This performance offers human faces and stories to support the Young Gifted and Black Coalition’s “Free the 350” Campaign, which urges local government to find ways to reduce the jail population, in particular those 350 black people who are overrepresented and incarcerated for crimes of poverty. YGB also urges local government to redirect the funds used to incarcerate people toward social services, economic development, and education programs that will positively work to reduce racial disparities in the city and county.

Why is performance an important communicative art to address social issues?

One area of research in communication arts is performance studies, which was part of Sara’s scholarly training in her graduate studies. This is an area of research that examines the importance of aesthetic and performative modes of communication both on the stage and in the everyday. In addition to researching performances, it also uses performance to communicate to audiences about social issues and research. For example, in addition to Sara’s rhetoric research on gender violence and immigration policy, she has also written, directed, and staged performances on these subjects so that non-academic audiences might hear the message. Similarly, T. has written and performed in shows about mental wellness issues, queerness, and religious identity.

As a form of communication, performance allows audiences to enter inside the worlds and feelings of people who have different life experiences, giving audiences space to know, understand, and feel beyond their own experiences of the world. It is also powerful in its ability to connect. Perhaps you are an audience member who has gone through similar things and you feel ashamed about what’s happened to you, like you are the only one, or like you can’t talk about it. Performance shows that others have similar struggles, and it backs it up with an analysis that connects that struggle to larger structures and social issues. This can help people feel connected. It can also be cathartic! There is something very powerful about realizing that you are not alone in your struggle. Performance connects us to our humanity.