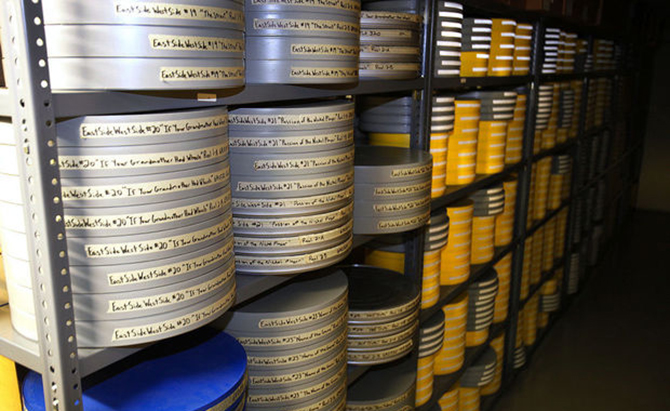 The film archive of the Wisconsin Center for Film and Theater Research was recognized and praised last week by the Wisconsin State Journal as one of the “100 defining objects of Madison.”

In daily columns running since July, the State Journal has described the special quality of life that Madison offers by identifying 100 key objects that are distinctive to the city’s physical and cultural environments.

Certainly the WCFTR archive is a rich cultural resource that deserves a place in any civic pride list.  Launched in the 1960s through a joint initiative of the Communication Arts Department (then the Department of Speech) and the Wisconsin Historical Society, the WCFTR developed over the years into one of the nation’s largest and richest archives of cinema, television, and American theater history.  The centerpiece is the massive WCFTR film collection—over 20,000 classic movies and television episodes, preserved in a film vault beneath the Historical Society Building on campus.

The WCFTR contributes to the Communication Arts Department’s outreach and educational missions by serving students and members of the community in their research and by working to sustain and enhance Madison’s film culture.  And the Department’s community outreach effort in this area has kept growing over the years and now includes the UW Cinematheque and the annual Wisconsin Film Festival.