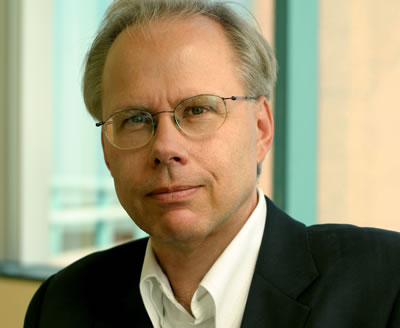 What is the current state of the entertainment industry? How have new technologies and changes in business models affected film and television as we have come to know them? These are some of the issues that Stephen P. Jarchow, Chairman of Here Media and Regent Entertainment, will discuss during a visit to campus on Tuesday, April 24th from 6:30 to 8:00 PM. The event will be held in the Director’s Room (4151) in Grainger Hall.

At Tuesday’s event, Mr. Jarchow will share with the UW-Madison community his experiences from more than 25 years in the film business. He has been involved in the production or distribution of over 150 motion pictures and television episodes, as well as the building of a library of over 3,500 motion pictures and television shows. Among the films that he has produced or distributed are Bill Condon’s Academy Award-winning film Gods and Monsters (1998), which starred Ian McKellen and Brendan Fraser, and Yojiro Takita’s film Departures (2009), which won the Oscar for Best Foreign Language Film.

Mr. Jarchow is an alumnus of both the Wisconsin School of Business and the UW Law School. In addition to his entertainment industry career, Mr. Jarchow has practiced tax and real estate law, led international real estate ventures, and was a senior managing director with the investment banking firm Bear Stearns. He has also taught entertainment law for many years and is the author of numerous books.

Mr. Jarchow’s involvement with UW-Madison extends well beyond his years here as a student. He currently serves on the boards of the Wisconsin Alumni Association and the Department of Communication Arts. He is also a prominent supporter of the Wisconsin Center for Film and Theater Research, which is a partnership between Communication Arts and the Wisconsin Historical Society and  home to one of the United States’ largest archives of research materials relating to film, theater, radio, and television. Since 2007, Mr. Jarchow has generously funded a series of fellowships to UW-Madison graduate students to develop research projects that support the Center’s activities.

Tino Balio, Professor Emeritus of Communication Arts, will moderate the discussion with Mr. Jarchow. Balio is a renowned specialist in the history and structure of the film industry and former Director of the Wisconsin Center for Film and Theater Research. He is the author of numerous books on the media industry, most recently The Foreign Film Renaissance on American Screens, 1946–1973 (The University of Wisconsin Press, 2010).

The event is organized by the UW-Madison student chapter of Hollywood Badgers. A Los Angeles-based alumni organization founded in 2005, Hollywood Badgers works to help current UW students prepare for, and ultimately find, employment and success in the entertainment industry. The Wisconsin School of Business, the University of Wisconsin Foundation, and the Department of Communication Arts are co-sponsors of the talk. It is free and open to the public. Light refreshments will be provided.