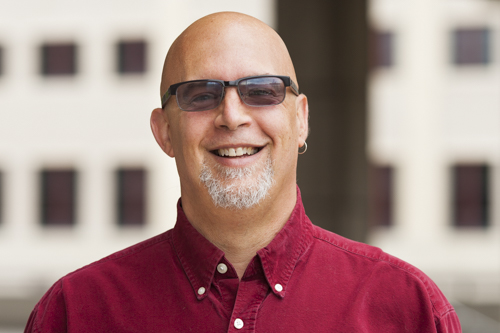 My research focuses on questions and issues arising from the study of film music/sound, cognitive film theory, and the American film industry. My first book examines the changes in the film industry that aided the development of the film soundtrack album as a vehicle for film and music cross-promotions. Additionally, the book also examines the effects of this industrial shift on the style of music that appeared in Hollywood films after 1960. My second book is a metacritical study of film criticism in relation to the Hollywood blacklist, and attempts to trace the historical development of a particular set of interpretive strategies that have been applied to film texts of the late 1940s and early 1950s. More specifically, my research focuses on two particular critical lenses used to analyze these texts: propaganda and allegory. I also examine the way in which Hollywood’s postwar production cycles influenced the operations of these two critical lenses, especially the way that genres themselves offered filmmakers codified narrative templates, which they then used as vehicles for overt and covert political commentary. For my next book, I am returning to my earlier research on music in film, this time looking at Hollywood film scores of the 1930s. Much of the previous scholarship on film music of the 1930s focuses on the work of a handful of great composers who worked within the studio system, such as Max Steiner, Erich Wolfgang Korngold, Alfred Newman, and Aaron Copland. I argue that this “masterpiece” approach has skewed our understanding of the norms of classical Hollywood film music practice. These composers typically worked on more prestigious, bigger budget projects for the studios, and consequently were given more time and resources than more “run of the mill” films. More importantly, the focus on the work of individual composers also obscures the degree to which staff composers worked collectively to write music for films. In attempting to provide a more comprehensive portrait of this period, I pose a rather different question: how would a ‘bottom up’ history of Hollywood film music of the 1930s alter our understanding of the development of classical scoring practices? In seeking a “bottom up” approach, my study takes a page from David Bordwell, Janet Staiger, and Kristin Thompson’s groundbreaking The Classical Hollywood Cinema by analyzing a randomly generated sample of films alongside acknowledged masterworks. In contrast to most histories of film music, my methodology for this project aims to take in a much larger sample of films that includes more routine studio productions, programmers, and B films. In addition to doing close analysis of about dozen individual film scores, I also employ “cinematic” analysis of data collected from more than 640 different cue sheets.