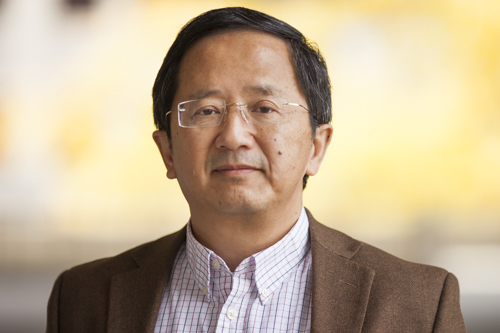 Before joining the faculty of this department, I spent five years teaching in Hong Kong and conducting research on media and social changes in the People’s Republic of China. Right now, I’m analyzing data from two of the projects I conducted while in Hong Kong. One project is a comparative study of journalists in the PRC, Taiwan, and Hong Kong and the other is a study of leisure participation and civic activities and values among the residents in three major Chinese cities. I’m also continuing my collaboration with scholars in the PRC to study the media reforms there. I recently completed surveys of journalists in two Chinese cities and am analyzing the data. My research interests have been on media effects in the process broadly referred to as public deliberation. That means I pay attention to various aspects of civic culture and public discourse, which may get manifested differently in different societies. Therefore, my research in China and in the U.S. deals with different issues. In addition to continuing my research on China, I’m also working on projects concerning civic participation, framing, and perceptions of media effects.