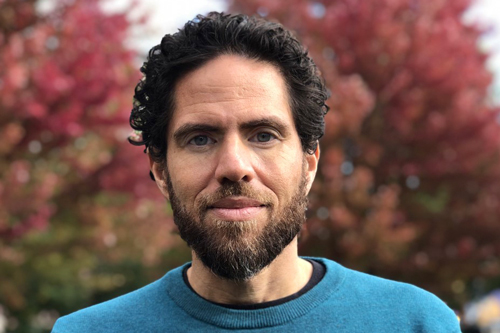 Professor Aaron Greer is an independent filmmaker and media artist who focuses on telling stories about underrepresented communities and identity formation. He has directed and produced two award-winning feature films, “Service to Man” (2017), starring Keith David and Lamman Rucker, and the micro-budget feature, “Gettin’ Grown” (2004). Greer was also the co-author of the award-winning screenplay “Fruit of the Tree,” about the only known survivor of a lynching, which was selected for the prestigious Tribeca Film Festival’s All-Access program in 2007.

In addition to his feature film work, Greer has produced a number of short films and several documentaries about performing artists, including “A Night in the Theatre,” “Yo Soy Actor (I’m an Actor),” and “Flying Away.” He is currently producing a narrative podcast series, “Big Sandy,” which tells the story of a young woman coming of age in small town Appalachia. His interest in performing artists is reflected in his work a founding member of In/Motion, Chicago’s International Dance Film Festival.