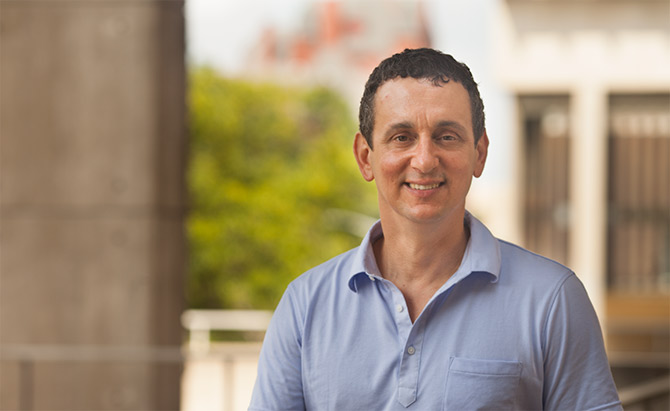 As explained by the RCT, the Distinguished Scholar Award “honors a current member of the division for significant contributions to scholarship in rhetorical and/or communication theory during the past ten years. Distinguished Scholar nominees should have established a body of research that has significant and enduring value. The recipient of the award will be a figure who has earned renown in the field for her or his scholarship and whose body of scholarship serves as a touchstone in rhetorical and/or communication theory.”

Nominated by fellow professors Karma Chavez and Sarah McKinnon, Professor Asen said there are three main areas of his scholarship that others engage with the most:

Looking forward, Professor Asen has completed a new book that will be out next fall that focuses on local deliberation, largely based on field research of three Wisconsin school districts. He is also working on an edited volume called Text+Field with professors Chavez, McKinnon, and Rob Howard. And additionally, he and his wife, Associate Professor Sue Robinson, are working together to look at the 2013 Race Equity Report and its reception, a report that examines the tremendous racial disparities in Madison.

The Distinguished Scholar Award will be presented publicly at the RCT business meeting held in Chicago in November, which Professor Asen will attend.