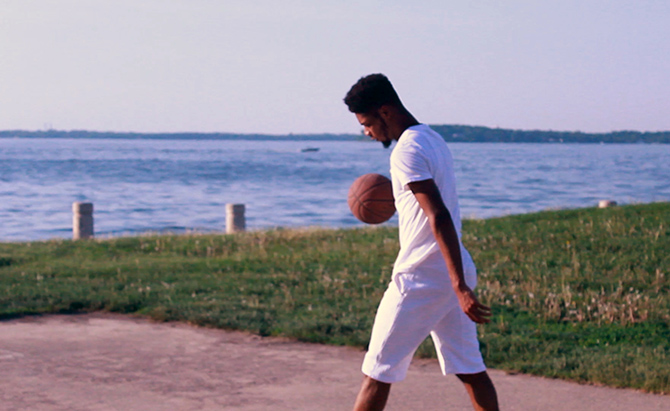 Merely a week ago Mitch Deitz graduated from UW–Madison with majors in Communication Arts and History, and now his short film No Place Like Home is airing on a special edition of Wisconsin Public Television’s show Here & Now.

No Place Like Home is a documentary examining youth homelessness in Madison. The film primarily follows Deitz’s friend Jivonte Davis, who was homeless while they were classmates together in high school. In fact, a few of Deitz’s friends were homeless during portions of their high school years. With the issue of homelessness affecting those close to him, Deitz felt it was important to raise awareness of the issue using his skills as a budding filmmaker. Over the course of more than two years Deitz filmed in Madison, interviewing Davis and a few others to examine the state of youth homelessness in the city.

During his time at UW–Madison, Deitz worked as a student employee at Wisconsin Public Television. As he refined the rough cut of his film, he presented it to his colleagues and supervisors at the station. Here & Now producer Andy Moore and host Frederica Freyberg were so impressed that they wanted to help Deitz refine the film and build an episode of Here & Now around it. From there, a fruitful collaboration between Deitz and WPT began. Deitz worked with Moore, as well as editor Mike Baron, sound engineer Eric Schwierske, and other staff members to finalize the film.

No Place Like Home airs Friday, December 28 at 7:30pm on WPT with additional air times to follow. The episode of Here & Now concludes with an interview with Joli Guenther, Assistant Director at the Wisconsin Association for Homeless and Runaway Services. You can view the episode now online on WPT’s website: https://wptschedule.org/episodes/48188905/Here-Now/.

Pictured: Jivonte Davis in the film No Place Like Home.