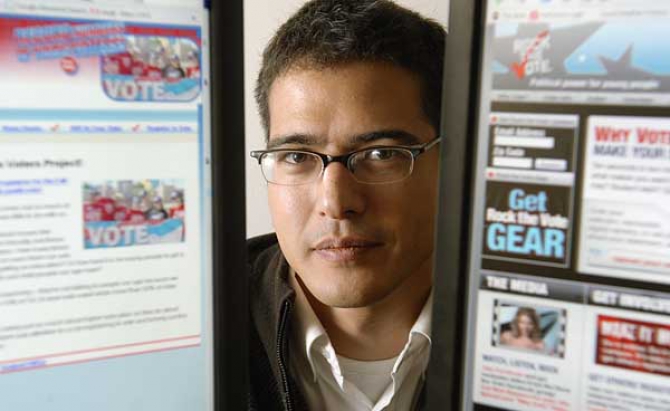 We hear a lot about the use of social media in political campaigns and movements.  But do tools like Facebook, Twitter, and YouTube actually encourage young people to get more involved in their communities and in politics more broadly?  And if so, do these effects reinforce or counteract longstanding inequalities in political participation based on socio-economic status?  How might relationships between social media use and political engagement vary based on national political context? In what ways can educators, parents, and civic organizations best facilitate civic and political engagement among young people in a world where online social networking tools are a commonly experienced part of everyday life?

These are just some of the questions that UW Communication Arts Associate Professor Michael Xenos and his fellow investigators, Ariadne Vromen (University of Sydney) and Brian Loader (University of York), are hoping to answer in the coming two years, with support from the Spencer Foundation’s New Civics Initiative.

Their project, titled “The Civic Network: A comparative study of the use of social media for enhancing young people’s political engagement,” will critically investigate the potential of social media for influencing the participatory culture of young citizens in three countries: the United States, Australia, and the United Kingdom. The primary focus of the project will be on a series of surveys and online focus groups involving representative samples of 16-29 year olds in each country. The surveys will provide both quantitative and qualitative data about young people’s use of social media for civic purposes, while the online focus groups will delve deeper into the civic behavior of young people, capturing new and emerging forms of participation, as well as providing additional opportunities for reflection and dialogue.

“We hear a lot of speculation these days about social media and youth politics – but there is a lack of hard data on what young people are actually experiencing and how it relates to political and social engagement. Our research team is really excited about the opportunity to test some of these ideas out, not only in our home countries but in comparative perspective.”

Professor Michael Xenos joined the Department in 2005, and specializes in the study of new media’s effects on political engagement and public deliberation.  He serves as Associate Chair of Communication Arts, and also as the director of the Center for Communication Research. Xenos and his co-principal investigators on the project are members of the Worldwide Universities Network study group ‘Networking Young Citizens.’