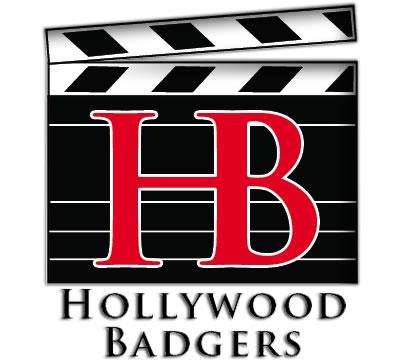 Hollywood Badgers is an organization that connects UW-Madison graduates and current students who work, or who are interested in working, in the entertainment industries – particularly those in “the entertainment capital of the world,” Los Angeles. Getting a start and building a career in the competitive environment of Hollywood is a daunting task – especially for newcomers from the Midwest who lack the connections of many California natives – which is why a group of UW-Madison alumni created the Hollywood Badgers in 2005 as both a professional and social support network. The organization consists of an alumni chapter based in Los Angeles (aka the “Hollywood Badgers“) and a student chapter operating from the UW-Madison campus (aka the “UW Hollywood Badgers“).

The UW Hollywood Badgers is an officially registered UW-Madison student organization designed to serve as a campus resource for current students aspiring to work in the entertainment industries. The group currently has around 200 members, close to 50 of whom are actively involved in meetings and events. Many of the UW Hollywood Badgers’ members are Comm Arts majors, though they also come from Journalism and Mass Communication, Business, Theatre and Drama, and other departments across the university. The group’s activities range from networking meet-ups and alumni panels, where students and alumni can exchange information and develop contacts, to more formal professional workshops and assistance with internship placement and career counseling.

While the UW Hollywood Badgers’ main goal is to help prepare students to make the transition from Madison to Hollywood, it more generally brings together a diverse range of students who all share a common interest in media production. As outgoing student president Chase Ellman explains, “If you have a desire to work in Hollywood, there is no better place to learn about the industry and meet like-minded students than through the club.” He adds that, in addition to the professional resources the group offers, students “will also have the chance to network with their peers and develop significant relationships that will help them in such ways as finding roommates for post-graduation and collaborating on different short film projects.” On a personal note, Ellman, who graduated this spring, proclaims that “the entertainment industry is my passion, and the club has offered me an inspiring chance to maintain a strong connection [with like-minded alumni and peers].” The valuable relationships and leadership experience that he and other members have developed through the club extends beyond just the entertainment business, though. “I have enjoyed working with all different areas of campus,” he says, “including department chairs, the UW Foundation, other student orgs, and leaders in the College of Letters & Science.”

The student chapter is extremely active, hosting numerous on-campus presentations and events each semester. For instance, in recent months the organization has brought in guest speakers Stephen Jarchow, Lev Spiro, and Nathan Rabin and Keith Phipps of The A.V. Club. They also hosted a Senior Send-Off for graduates moving to Los Angeles or New York. In addition, this past year, the UW Hollywood Badgers made their first film production project as a club. The result was The Plunge, a 30-minute narrative short film that was shot entirely in Madison.  It involved the efforts of over 35 UW students and was filmed in part using equipment and facilities loaned by the Comm Arts department’s Instructional Media Center.  The group attempted to closely follow the steps required to make a real Hollywood movie, including financing, casting, script development, and pre- and post-production. The group currently has a number of other similar short film projects in the works.

Current students interested in finding out more about the UW Hollywood Badgers or joining the group in the fall semester should visit their Facebook or Twitter pages for further info, news, and events. Colten Zacharias will be replacing Ellman as the student president; he can be reached by email at czacharias@wisc.edu.