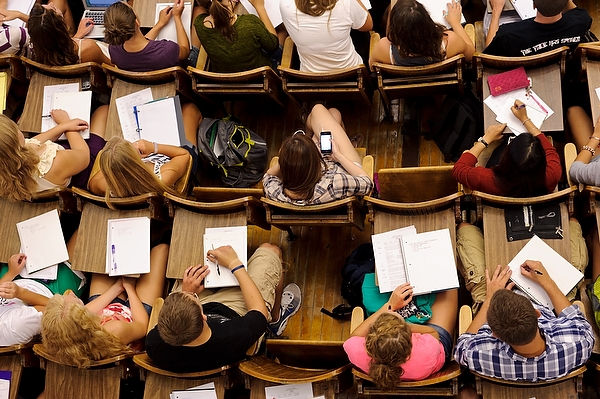 The Department of Communication Arts is thrilled to announce the addition of a number of new faculty members for the 2012-2013 school year.

Professor Maria Belodubrovskaya: Among Professor Maria Belodubrovskaya’s research interests are media history, film under authoritarianism, propaganda and ideology, and Soviet film.  She addresses questions such as why did the Stalinist regime (1930–1953) fail to construct a controlled propaganda cinema on a mass scale?  What is the relationship between the filmmaker and the state under authoritarianism?  What film-industry institutions need to be in place to mount a mass propaganda cinema? Belodubrovskaya received her PhD here in the Comm Arts department in 2011. In the 2011-2012 academic year, she was a postdoctoral fellow at the Davis Center for Russian and Eurasian Studies at Harvard University. She teaches the courses Introduction to Film and Russian and Soviet Film.

Professor Eric Hoyt: Professor Eric Hoyt is the co-director of the Media History Digital Library, a digital collection of classic media periodicals.  His areas of research include media history, archives, media industries and law, and digital humanities.  He looks at the changing value of Hollywood film libraries over time, the impact of copyright laws, contracts, and taxation on global media industries, and how we can use digital technology to build new research tools, ask new questions, and write new histories. Hoyt comes to UW-Madison from USC, where he received his PhD in 2012 in the Critical Studies Division of the School of Cinematic Arts. He teaches the new Introduction to Digital Media Production course and topics courses in production.

Professor Jenell Johnson: Students in Rhetoric of Health taught by Professor Jenell Johnson are introduced to the intersections between language, culture, biomedical research and clinical practice. They delve into topics such as how language and culture shape biomedical knowledge, the doctor/patient relationship, and our complex experiences with illness.  Johnson’s research interests include the rhetoric of science and medicine, critical neuroscience, disability studies, and bioethics. She also teaches Rhetoric and Politics of Human Definition, Introduction to Disability Studies, and Rhetoric and Technology. Johnson earned her PhD from Penn State in 2008. Her co-edited book, The Neuroscientific Turn: Transdisciplinarity in the Age of the Brain, was published by the University of Michigan Press earlier this year.

Professor Lori Kido Lopez: How are Asian Americans working to improve their representation in entertainment media?  How are minority groups using new media in the fight for social justice?  These are among the questions Professor Lori Kido Lopez examines in her research.  Her primary areas of study include the representation of minorities in the media, Asian American studies, and social justice/activism. Lopez received her PhD from USC’s Annenberg School for Communication and Journalism in 2012. She teaches the courses Race, Ethnicity, and Media, Asian Americans in the Media, and Survey of Radio, Television, and Film as Mass Media.  Lopez is affiliated with the Asian American Studies Program.

Professor Sara McKinnon: Professor Sara McKinnon joins the Comm Arts department full-time after two years as a Visiting Assistant Professor in the department. She earned her PhD from Arizona State University in 2008. Each semester, Professor Sara McKinnon introduces hundreds of students to the study of communication and human behavior in Communication Arts 260.  Her advanced courses address topics such as rhetoric of globalization and transnationalism.  McKinnon’s areas of research include the study of gender and sex based political asylum policy and law in the United States.  Among the questions guiding her analysis are: How has gender been rhetorically constructed over the course of the past three decades of U.S. asylum law? How do the political relations between asylum seekers’ home countries and the United States matter to the success or failure of gender based asylum cases?

Professor Jeremy Morris: Professor Jeremy Morris’ primary interests are new media, the digitization of the music industries, and software applications (apps).  In his research, he looks at what happens to cultural goods like music, film, television, and books as they become digital products that are sold and distributed online or on digital devices. He also examines why cultural goods look the way they do on computers, the Internet and other portable devices and what these new formats mean for how we experience and encounter cultural goods in our everyday lives. Morris comes to UW-Madison from McGill University in Montreal, Quebec, Canada, where he earned his PhD in 2010. He was awarded a postdoctoral fellowship from the government of Quebec for 2010-2012. He teaches the courses Critical Internet Studies and New Media and Society. Morris is part of the university’s Digital Studies Initiative.

Comm Arts will also be hosting two postdoctoral researchers in the department for the next two years. Sarah Florini was granted a two-year A.W. Mellon postdoctoral fellowship from UW-Madison to come here from Indiana University and continue her work into digital media, race, hip-hop music, memory/history, and social movements. She will be teaching a course this Fall on Race and Digital Media. Then, joining the department in the Spring semester will be Brian Fauteux, who was awarded a Social Sciences and Humanities Research Council (SSHRC) of Canada postdoctoral fellowship to come to UW-Madison from Concordia University and continue his work on college radio and independent music.