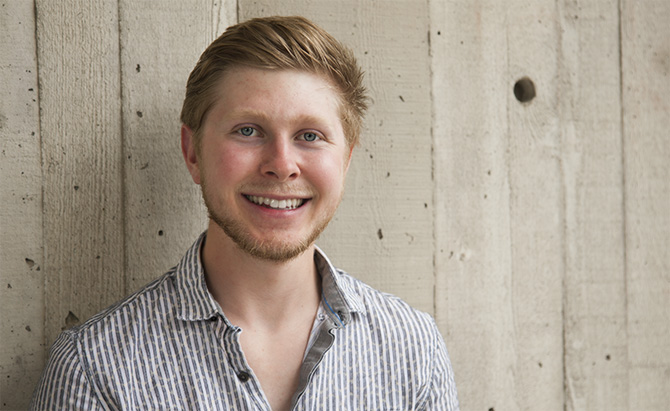 Matt Baldocchi is a Communication Arts Radio-TV-Film major at UW-Madison who worked on the new film The Unmiracle. Shot on location in Crystal Lake, Illinois, the film is about how the community comes together after a popular high school student overdoses. The film features an ensemble cast including Stephen Baldwin, Amy Lyndon, Kevin Sorbo, and many others.

Baldocchi has always had a passion for film, and first shot short videos as a little kid. His love of film continued, and in 2013 when he was eighteen he met director Andy Papke by chance through a mutual friend. They found they had a lot in common, and Papke brought Baldocchi onto The Unmiracle project as an intern serving as casting director. Baldocchi’s main involvement with the film was in the summer and fall of 2013, where he led the audition process in Crystal Lake and Chicago, with actors from all over the country trying out for roles. After principle photography, he also contributed to the editing process.

After completion, the film was selected this year to premiere at the International Christian Film Festival (ICFF), the largest Christian film festival. The film was nominated for the feature film categories of Best Picture, Best Director (Andy Papke), and Best Actor (Stephen Baldwin), and after the festival ran from April 23rd through the 25th, The Unmiracle took third place in the Best Picture category.

Baldocchi says the experience working on the film was great, and that he plans to pursue a career in the film industry. With the 2015 summer underway, Baldocchi managed to get on the PA overflow list for the show Empire, which he hopes will give him a chance to work on a professional television set. “It’s just a start, it’s an internship, but I feel like I’m still pretty young… so I think it’ll be a great experience,” he said.