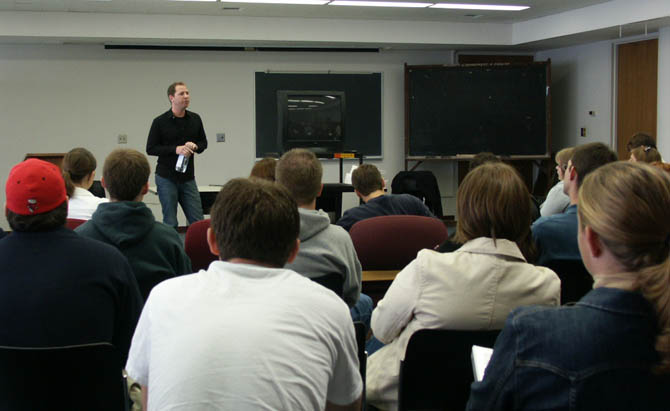 Comm Arts major and UW grad Ben Karlin (BA ’93) will be on campus this Friday, October 26th with his former college roommate Josh Bycel (BA ’93) to talk about their careers in television. At 1pm in 4070 Vilas, you’ll hear Ben and Josh talk about how they got their start in television and what’s contributed to their success. They’ll provide first-hand insight into how TV shows and movies are made today.

Karlin started his career writing for The Onion, then went on to write and produce for The Daily Show with Jon Stewart. He also played a role in creating The Colbert Report, another wildly popular Comedy Central show. He currently writes and serves as a producer for ABC’s hit show Modern Family and has a new film, A.C.O.D (Adult Children of Divorce) starring Amy Poehler, coming out next year.

Bycel has worked on several shows, including Pysch, It’s All Relative, Andy Barker P.I., and American Dad as both a writer and producer. He was the executive producer and co-showrunner for the final season of Scrubs. Currently, he is a writer and co-producer of Happy Endings, another ABC comedy favorite.