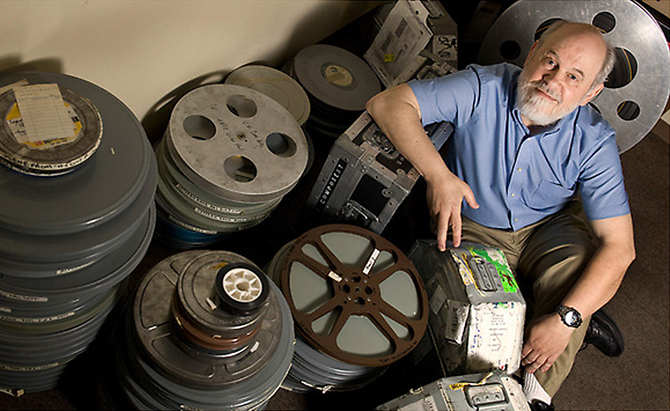 Communication Arts professor emeritus David Bordwell is always busy. In April, he published his new book The Rhapsodes, which examines key critics from the 1940s and their influence on the world of film. But now, a new development adds to his long list of accolades: Bordwell will be the new Senior Chair of Modern Culture for The John W. Kluge Center at the Library of Congress.

Being invited to serve as a Kluge Chair is a high privilege. The Kluge Center states that it welcomes “senior scholars at the height of academia, or senior practitioners at the height of their fields, for residency as chair holders or as distinguished visiting scholars.” Bordwell’s chair in particular focuses on modern arts, media, and their impact on societal development. He was initially invited by the Kluge Center Director, Ambassador Robert Gallucci, and later formally invited by the acting Librarian of Congress. When asked how he felt about the invitation, the ever-humble Bordwell said, “I felt very surprised, since I didn’t apply for it, and of course I felt really honored. And naturally the chance to be in Washington for a prolonged period is very exciting!”

Bordwell’s term as the Chair of Modern Culture starts January 6, 2017 and will last four months. During that time, he will have an office in the Library of Congress Thomas Jefferson Building in Washington D.C., and the Library’s expansive film, literature, and multi-media collections will be at his disposal. There he will work on a book entitled The Art of Cinema, 1908-1920, which will be about the development of filmmaking and various film styles in that period. For the last fifteen years, Bordwell has periodically worked on the project, viewing dozens and dozens of films from the era and writing chapters on the subject in other books. However, those opportunities did not allow him to delve deep enough into the subject, and the larger project remains unfinished. Though he has seen enough European films from the early 1900s to support his analysis, he feels he needs to see more American equivalents to bolster that side of his research. Given the fact that the Motion Picture Division has over 300 films from the period, his stay at the Library of Congress will give him the perfect opportunity to finish the book. In his words, “[I] realize that I have bitten off a big chunk.”

As a lifelong devotee to the art of film and its history, David Bordwell is among the best-qualified people for the Kluge Chair. The appointment is an exciting development, especially with another insightful book from Bordwell on the horizon.