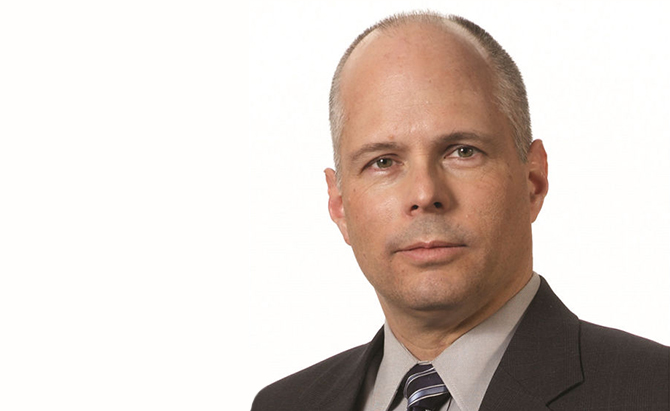 Among the items on the impressive résumé of newly appointed federal judge James D. Peterson are graduate degrees from the Department of Communication Arts.  He earned a Communication Arts MA in 1984 and PhD in 1986, with a specialization in film studies.  He served as a TA and lecturer in the department during his graduate career.  He eventually went on to earn his JD from the UW Law School, and he then entered the legal profession, practicing for several years with the Wisconsin firm of Godfrey and Kahn.

In November 2013 President Obama nominated him to the federal bench in the Western District of Wisconsin, and he was duly approved by the U.S. Senate on May 8, 2014.  Judge Peterson was sworn in at an investiture ceremony on May 30, attended by a number of friends and several public officials, including Wisconsin Senators Tammy Baldwin and Ron Johnson.  Among the speakers was Judge Peterson’s film studies professor David Bordwell.

In support of his nomination, Senator Baldwin confirmed that “Mr. Peterson’s experience and expertise make him an outstanding choice of the position.”  In his own remarks on the occasion of investiture, Judge Peterson credited many aspects of his background, including his experience in Communication Arts, with enhancing his intellectual development.

Everyone in Communication Arts extends congratulations to Judge Peterson and wishes him every success in his judicial career.